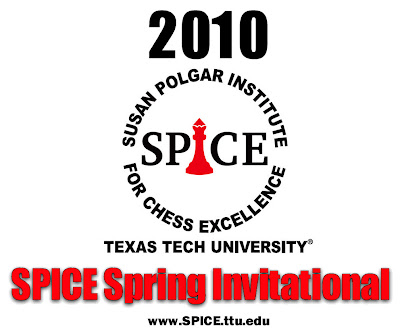 The 2010 SPICE Spring Invitational will take place in March (13-19) at the beautiful campus of Texas Tech University in Lubbock, TX. Robert Hess got his 2nd GM norm last year in this event and he went on to become a GM shortly after that, along with a break through year. Who will get the GM norm(s) or IM norm(s) this year?

Confirmed players so far include: