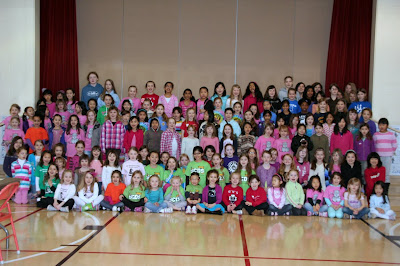 132 girls compete in chess in Washington State
From Jill Keto

We had a WONDERFUL weekend at our 10th annual Queen's Quest all-girls tournament at Medina Elementary, in Bellevue, WA.

Our top girl, Mara Kramer, earned a $300 chess scholarship for furthering her chess education or to go to Nationals. Next year we are going to do a $1000 scholarship to encourage girls to attend Nationals.

Seattle Times did a photo essay, and it was also featured in the Sunday Seattle Times print version. Here is the link: http://seattletimes.nwsource.com/html/picturethis/2017834135_allgirlschesstournament.html

I can't tell you how good if felt on Saturday,the little girls so happy and so grateful. Queen's Quest boosts their passion for chess, and in many cases, convinces them to keep playing rather than giving up the sport. 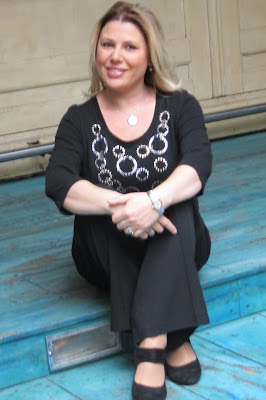 The 9th annual Susan Polgar Foundation Girl's Invitational, the most prestigious all-girls event in the United States, will take place on July 22 - 27, 2012 at Webster University in St. Louis, Missouri. More details will come shortly.
Posted by Chess Daily News at 3/21/2012 07:28:00 AM No comments: 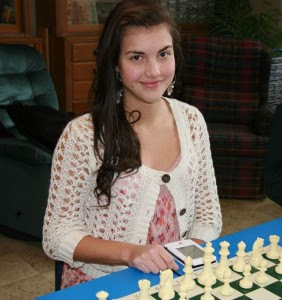 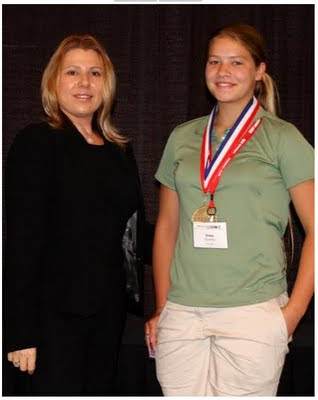 I am so sad to hear this news. Dana was an amazing girl and she always had a smile on every time I saw her. She was well loved by all her friends in the chess community. RIP Dana! We love you!

Young Oregon chess player and high school junior Dana Hannibal died February 29, 2012. Dana was a bright, friendly, and vivacious girl that had a way of lighting up a room with her presence and was dear to the hearts of many in the Oregon chess community. Between rounds at chess tournaments, she was energetic and talkative and witty. But when it came time to play her games, her focus was intense. It would always amaze me how a young person so vivacious and active could so quickly change gears to sit for hours with sharp concentration–and with such great results. For example, she was always near the top of the OSCF All-Stars list for her grade, was the Grand Champion for Middle School at the OSCF State Championships in Seaside in 2008, and for years she was rated among the top 100 girls in the USA for her age (U13, U16, U21) while she was still active.

She saw beauty in chess and had a talent for expressing it artfully. For example, when she was 12, she conducted an interview with the Salem Stateman Journal at the OSCF State Championships in 2007 and described chess in a touching way: “It’s like a tapestry. All the pieces are weaving together to make something beautiful.” A year or so later, she wrote a poem about chess:

In January 2010 she turned her sharp mind away from chess to other activities. She had a keen interest in science and maintained a 4.0 GPA at Sprague High School in Salem. She had her sights set on medical school to put her considerable talents to work in a noble cause. She was making great progress getting there. Last summer she served as an apprentice in the Harper Environmental & Molecular Toxicology lab at OSU, and last fall she scored well into the 99th percentile on the PSAT and would likely have been named a National Merit Scholarship semi-finalist when the list is announced later this year.

Her talents extended well beyond the intellectual. Not only was she a varsity softball player, she was darn good…named to the First Team All-League at the OSAA 6A softball playoffs in 2011 and was chosen to represent the Northwest Elite team to play in the International Softball Federation Youth World Cup in Florida in early 2011. She also played varsity Soccer…and was darn good in that too. She was named to the Second Team All-League at the OSAA 6A girls’ soccer playoffs in 2011.

——————
More important than her many accomplishments, Dana was a warm and friendly girl, quick with a smile, and had a cheerful and infectious good will that she willingly shared. The world lost a great mind in Dana and also a great heart. She will be greatly missed.