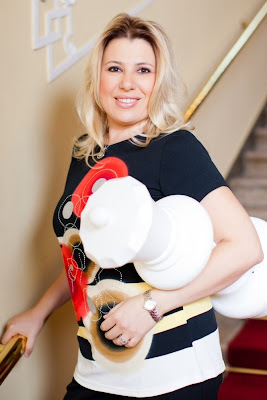 The annual Susan Polgar Girl’s Invitational, the most prestigious all-girls event in the United States, will be held at Webster University (St. Louis, Missouri). The opening ceremony will be at 1:00 PM on July 22. The format this year is similar to 2011.

• There will be a two (2) day intense world class training sessions with Susan Polgar and her team, followed by a 6 round (g/90+30) championship tournament.
• The traditional Blitz, Puzzle Solving, Bughouse events will stay the same as in previous years.
• There will be many chess prizes awarded, including scholarship(s) to Webster University.

VERY IMPORTANT NOTE: The participants of the Susan Polgar Girl’s Invitational DO NOT have to be high school students. Any qualifier under the age of 19 (by July 27th of the year in which the tournament is held) is eligible!

Special invitation for this year only: All past participants of the SPNI and SPGI (Susan Polgar National Invitational/Susan Polgar Foundation Girls’ Invitational 2004-2011) are invited to participate in the 2012 SPGI. The idea is to have the past participants learn my method of training so they can go back home and share their knowledge with the younger players. However, registration MUST be made ASAP since space is limited. There will be mutual training sessions for all, however separate section & prizes for alumni participants over the age of 19.

There is no entry fee to participate in the 2012 SPGI; however, players are responsible for their own travel. For all state representatives, and qualifiers from the SPNO or SPWO, Webster University will provide complimentary room and meal accommodation on campus.

For alumni participants, wild card/special invites, coaches, parents, or other family members, inexpensive accommodations are available for housing and dining on Webster’s campus. Please note that all reservations and registrations MUST be made (and accommodation expenses prepaid) no later than June 25, 2012.

Prizes: Trophies / plaques will be awarded to the winners of the Susan Polgar Foundation Girl’s Invitational Puzzle Solving, Blitz, and the SPGI Championship. Co-champions are recognized in the case of a tie, with each champion receiving a Champion’s Plaque or Trophy. The Champion (or Co-Champions) will automatically be invited to defend her/their title (must meet age requirement).

The scholarship must be exercised no later than the Fall of 2015.

The New Polgar Committee’s goal is to have all 50 states (including two representatives for California, two for Texas, and two for Missouri) and the District of Columbia represented. We strongly encourage each state and the District of Columbia affiliate to hold a scholastic championship tournament to determine each state’s champion and representative. Failing this, rating criteria may be acceptable. A scholastic girls’ champion or the highest rated girls’ scholastic player in a state who has no state affiliate of the USCF should contact the Polgar Committee as soon as possible.

Susan Polgar and/or the Polgar Committee and its members may elect to award wild cards each year for the Susan Polgar Girl’s Invitational.

For information and rates to stay and/or dine and other logistics on Webster’s campus, please send an email to michellenelson30@webster.edu

The Susan Polgar Foundation can be contacted at 806-281-7424 or through info@PolgarFoundation.org.

BIG THANKS to President Dr. Beth Stroble and Webster University for hosting and sponsoring this very prestigious event for girls! 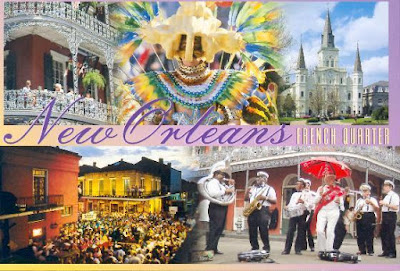 If you will be in New Orleans long enough to experience some of the wonderful culture that the city has to offer, may we suggest some of the following tours:

Louisiana Swamp Tour: Weave through the back bayous of the Honey Island Swamp on a small 20- passenger boat and visit an authentic Cajun Village accessible only by boat . . . and then pass through the alligator area where the gators come right alongside the boat for feeding time!

Steamboat Natchez Cruise: Cruise the Mississippi River on a paddlewheeler from the port of New Orleans to the Audubon Zoo and see the city skyline from the best view possible . . . the River View!

Oak Alley or Laura Plantation Tour: Go back to the glory of the old South as you walk through one of these plantation homes, rich in Creole Louisiana's storied past!

Other Interesting Places to Visit and Things to Do Around Town:

Audubon Aquarium of the Americas, Audubon Insectarium, national World War II Museum, Louisiana Children's Museum, Audubon Park & Zoo, take a ferry boat ride across the Mississippi River, and take a street car ride up St. Charles Avenue in the Garden District to see all of the mansions along the Avenue.
A MUST FOR EVERY TOURIST:

Take a walk down to Decatur St. by the River in the French Quarter and see Jackson Square, St. Louis Cathedral, the French Quarter, and be absolutely sure that you get a chance to have some Cafe au Lait (Cafe O-lay) and Beignets (ben-yeh's) - also known as Coffee & Doughnuts - at the famous Cafe du Monde across from Jackson Square! This will be an experience you will not soon forget! If you have time you can also take a Horse & Carriage ride through the streets of New Orleans with a driver who is an experienced tour guide.