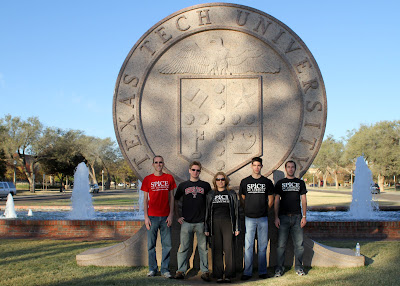 Together with International Master Gabor Papp and Chase Watters, the Knight Raiders A team captured the state team title on tiebreaks over the powerful UT Brownsville team, led by the top seed GM Mauricio Flores. UT Dallas finished in a distant third and the Knight Raiders B team finished 4th.

This is the first time Texas Tech sends an A team to the state championship and this is also the first state title for the Knight Raiders. Congratulations to all the team members! 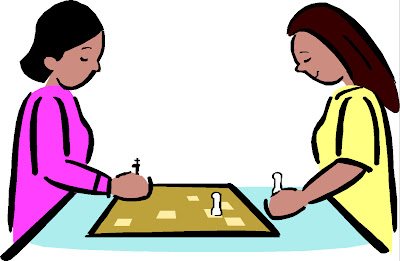 IRVINE, Calif., Nov. 18 /PRNewswire/ -- Young chess players are invited to challenge their creative minds at the 34th Annual Staser Fall Scholastic Chess Tournament. Presented by the Orange County Great Park and American Chess Equipment, the event will be held on Saturday, November 21st from 10:00 a.m. to 3:00 p.m. at the Great Park. The Annual Staser Chess Championship was created by Miley Staser, a senior citizen, to give students throughout the southland an opportunity to meet over a chessboard, enhance their learning and life skills through chess and make new friends. The tournament is open to students of all skill levels in grades K-12, and registration is free. Interested students are encouraged to register in advance by e-mailing amchesseq@aol.com and include your complete name, grade, and school by Friday, November 20 at 6:00 p.m.

"The Great Park will emerge as an outstanding chess venue for Orange County and southern California," said Larry Agran, Chair, Orange County Great Park Corporation. "Chess is a multigenerational, intellectual and fun board game for all to enjoy."

All players will be separated into sections by grade level. They will play against every person in their section during the course of the tournament. All players will receive a certificate of participation. Medallions will be awarded to the 1st, 2nd and 3rd place players in each section of each grade. Everyone is invited to take a free ride on the Orange County Great Park Balloon, weather permitting.

"Chess is an instructional aid that is part of the process of learning," said Dewain Barber, American Chess Equipment. "Chess assists in memory, logic and analysis which are key components to the improvement of any student's ability to think."

For more information about the Orange County Great Park, go to www.ocgp.org 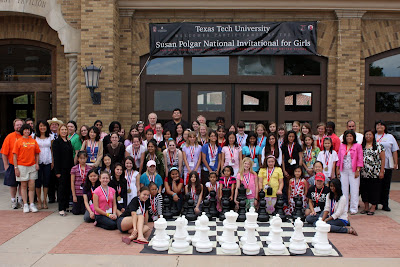 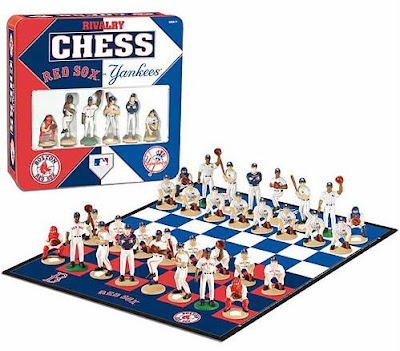 The question of the week is when did chess become popular and how popular is chess today? In addition, does chess have a worldwide governing body?

In the late 1820s and early 1830s, chess gained new popularity because of the "great chess automaton" - a kind of 19th century precursor of a chess playing computer. This great automaton was designed to resemble a large "mechanical brain" capable of playing masterful games of chess. In actuality, the games were played by a human being hidden inside the machine.

The deception was so cleverly done, however, that the audiences invited to peer inside the machine before the exhibition began were none the wiser. That the automaton turned out to be a fraud did nothing to dampen the surging enthusiasm for the game. By the middle of the 19th century, chess had come into its own in America.

Between 1857 and 1860, there were only two major sports "crazes" in the United States: baseball and chess. In 1857, both chess and baseball were among the first sports to form national organizations. That was the year the American Chess Association was founded.

Today, according to CBS news and the U.S. Chess Federation, 40 to 45 million people play chess in the United States. Worldwide, chess is played in more than 160 countries, and it is estimated that more than 700 million people know how to play chess.

What account for the popularity of chess? Well, for one thing, chess is one the fairest games of all. Men, women, and children of all ages start out in chess at the same level. Children with little experience can beat adults who have played for years. There is no advantage due to height, weight, gender, age, skin color, nationality, or social class. To play, you don't have to have money or belong to a club; all you need is a chess set and a place to play (or the Internet).

Unlike other board games, chess is considered a combination of art, sport and science. Certainly chess can be fun and can be played by everyone. But to be a competitive or professional chess player requires skill, knowledge, strategy, experience, wit, logic, focus, patience, discipline, fitness, good memory, strong nerves, mental toughness, and yes, sometimes even luck.

Chess wasn't always a thought of as an equal opportunity game. At one time, chess was considered something of a rarefied pastime, competitively dominated by men who were generally wealthy and well connected. But in the last few decades, the world of competitive chess has broken wide open.

For instance, my sisters Sofia, Judit, and I proved to the world that women can play chess as well as men, competing with and beating our male counterparts. Nor is age a barrier to achieve: teen such as Sergey Karjakin from Ukraine, and Magnus Carlsen of Norway are both world-class grandmasters.

Competitive chess players train as vigorously as Olympic athletes, spending up to 8-12 hours analyzing games of opponents, and improving various parts of their games. In the United States, there are several noteworthy young stars, such as 17-year-old grandmaster Robert Hess, and 15-year-old grandmaster Ray Robson (youngest grandmaster in U.S. history and reigning U.S. Junior Champion).

International chess competition is governed by the World Chess Federation, which is known by its French acronym FIDE (Fdration Internationale des checs) and was founded on July 20, 1924, in Paris.

With its headquarters in Athens, Greece, FIDE is the umbrella organization for more than 160 national chess federations, as reflected by its motto: Gens Una Sumus (we are one family). National chess federations, such as the USCF (U.S. Chess Federation), which have been admitted to FIDE, manage chess activities in their respective countries. With more than 5 million registered chess players worldwide, FIDE is one of the largest organizations recognized by the IOC (International Olympics Committee).

Here are some of the important and prestigious titles awarded by FIDE:

Beating the perception about chess


Chess for Success tournament tries to beat perceptions about the game

Linda Hu and Camille Franklin don't know any of them, but they do know chess.

This morning, 8-year-old Hu, a Woodstock Elementary third-grader, and 9-year-old Franklin, a Vernon Elementary fourth-grader, hunched over a vinyl chess mat. Their rapid moves on the board and shoving arms somehow imitated a fencing match.

With countering claims of "check," it was over and Hu thrust her right arm in the air -- the signal to call a tournament judge.

In the bigger scheme of things, both Hu and Franklin, were victors, along with about 70 other participants in the girls-only Chess for Success practice tournament at Harold Oliver Primary.

The gymnasium floor in the school on Portland's east side was half filled with lunch tables covered with chess mats. Parents on folding chairs filled the other half.

Chess for Success executive director Julie Young watched the action from the perimeter.

Chess, she said, has long been perceived as a men's sport.

Today's event and Chess for Success try to erode that perception, though the nonprofit program has more boys than girls.

Other youth chess programs may emphasize strategy and the importance of winning. That's not Chess for Success' game.

"The main thing is," Young said, "we want it to be fun and social."

The program targets schools with a high proportion of children receiving free or reduced-price lunch. With the help of a Meyer Memorial Trust grant, it was launched in 1992 in nine schools. Today, it's in 87 far-flung schools, mostly in the metro area, and reaches about 3,400 children a year.

As for Bayless, Margolin and Polgar? All linked by chess, Young said.

Bayless is a Trail Blazers basketball player. Plays a mean game of chess, too, and along with Mona Lisa, he is one of the subjects of promotional posters for Chess for Success.

He's not a mollycoddler when it comes to playing the impressionable youngers.

"He plays to win," Young said.

Margolin of Portland seems to always have a best-selling thriller on The New York Times' list.

For 17 years, until June, he was president of Chess for Success. The novelist credits chess with transforming his approach to school as a young man.

"He says," Young said, "'We trick kids because they think they're just going to play a game and we teach them how to think.'"

And Polgar is regarded as among the best female chess players in the world.

The Hungarian native is director of the Susan Polgar Institute for Chess Excellence at Texas Tech University.

And she heads a foundation that promotes chess, her Web site says, "with all of its educational, social and competitive benefits ... for young people of all ages, especially girls."

Email ThisBlogThis!Share to TwitterShare to FacebookShare to Pinterest
Labels: Chess in Education, Chess in the Schools 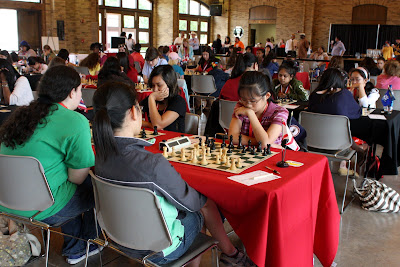 As I announced during the 2009 Susan Polgar National Invitational for Girls, the 2010 event will take place from July 25-30, 2010 at the Frazier Pavillion (Texas Tech University).

Rules and regulations can be found here: http://polgargirls.blogspot.com/2009/07/rules-and-regulations-for-spni-2010.html 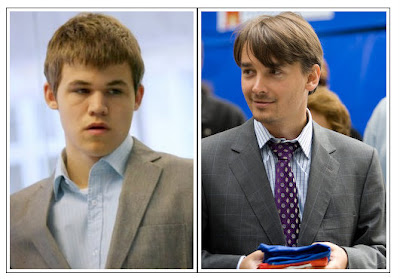 12... Nd7 (Now, White's best option is to take the Knight on a6. Even when Black recaptures with the Queen, White does not worry about the castling problem because White always has the f2 square for the King. White can also play c4 to block the Black Queen.)

15. Rc1 Bd7 (Pretty much a must since Black has to begin to develop his Bishop.)

18. Nf4 Rfd8 (White must chase the Black Knight from the best square e5. Bd4 would solve this problem. White can also solidify his Bishop with Ne2 eventually.)

16. Bd4 (Black has many choices to retreat his Knight. A logical spot is on f7. Nc6 is no good because of Nxe6. Ng6 is also playable and interesting.)

16...Ng6 (If White captures the Knight, it would lead to a Bishop opposite color endgame.)

27... Rh8 28. Qf4 (White has a dilemma. He must be careful not to exchange more pieces because the Bishop endgame would lead to an easy draw for Black.)

28...Qd8 (I still fail to see any real threat or plan for White. White can continue to shift his focus back and forth between the h and b file. However, Black has no problem defending against these plans. Many websites and servers have LIVE commentary as well such as Chessdom.com, Chessvibes.com, ICC, PlayChess, etc.)