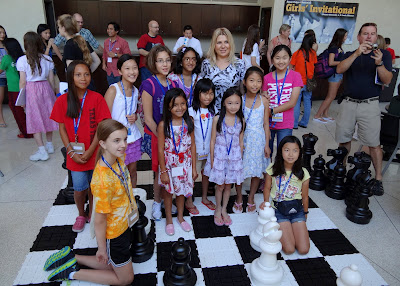 Over 640+ pictures from the 2012 SPF Girls' Invitational have been uploaded at high resolution. Here is the link to all the pictures so far. 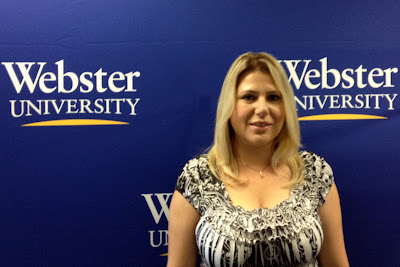 ST. LOUIS, July 16, 2012 /PRNewswire-USNewswire/ -- Webster University will host the Ninth Annual Susan Polgar Girls' Invitational, the most prestigious all-girls chess event in the United States, July 22 through July 27. The tournament, which is a partnership between the Susan Polgar Foundation and Webster University, will showcase some of the top young (under age 19) female chess talent from across the United States.

The Girls' Invitational begins with two days of intensive, world-class training sessions with Susan Polgar and her team, followed by a six-round championship tournament. More than $100,000 in chess prizes and scholarships will be awarded. The first- and second-place winners will each receive a four-year, $13,000-per-year scholarship to Webster University.

The formal opening ceremony for the Girls' Invitational will be held at 1:30 p.m. on Tuesday, July 24 at the Loretto Hilton Center on the Webster University campus, 130 Edgar Rd. in Webster Groves. Round 1 of the tournament will begin immediately following on the Loretto Hilton stage, at 2:30 p.m. The ceremony and all tournament rounds are free and open to the public.

Chess is increasingly valued for its instructional impact. Globally, educators recognize chess as a tool to cultivate interest and success in STEM (science, technology, engineering and math) disciplines.

Chess Grandmaster Susan Polgar, World and Olympiad Champion, and her Susan Polgar Institute for Chess Excellence (SPICE) relocated to Webster University in June from Texas Tech University. In addition, all members of the reigning national collegiate champion Texas Tech "A" chess team are transferring to Webster to be enrolled at the University this fall.

At Webster University, SPICE and Susan Polgar are leaders in promoting chess as a vehicle for global diversity and academic excellence, enriching the education of children and for promoting women's chess. The mission of PSICE is to be the nation's premier center for chess education and outreach.

Susan Polgar is one of the strongest female chess players in history. She is the winner of four world championships and the only world champion in history – male or female – to win the Triple Crown (Rapid, Blitz and Classical Chess world championships). Polgar also is the first woman to break the gender barrier to qualify for the Men's World Championship Cycle, earn the Men's Grandmaster title, and to receive the Grandmaster of the Year Award. In 2011, Polgar became the first female head coach to lead a men's Division 1 team (Texas Tech University) to the national title. Polgar led her team to a second national title in 2012.

Polgar is considered a trailblazer who has made an enormous impact in the chess world. She is recognized as the one who laid the foundation for female chess players everywhere. She also believes in the ability of chess to help children of all ages to do better in school as well as develop important like skills.
About Webster University

With its home campus in St. Louis, Webster University (www.webster.edu) is the only Tier 1, private, non-profit U.S.-based university providing a network of international residential campuses. Founded in 1915, Webster University's campus network today includes metropolitan, military and corporate locations around the world, as well as traditional residential campuses in Asia, Europe and North America. The university is committed to delivering high-quality learning experiences that transform students for global citizenship and individual excellence.