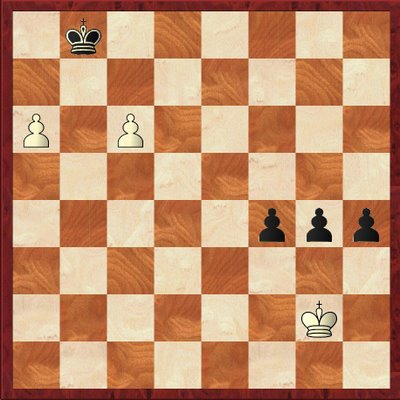 White to move. Is White lost here? What should White do?

Susan, I don't know. Can you give a hint please?

Without taking a chess board out and working out the possiblities, it's seems black wins easy. I see that if the black king moves in on the pawns and takes one the other will queen. I'd have to guess that at best, white could get a draw.

For scenario 2. Black has to either move pawn to F-3 or H-3. King can easily catch them.

With White king moves to G-1, none of black pawns can promte. At last, this board will have "white king", "white queen (promoted)", and "black king". Therefore, white will win!