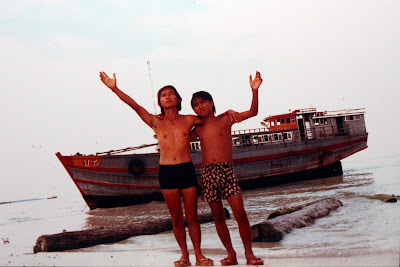 The question of the week is very different this week. Some readers would like to know who my husband is and what is his role in chess.

My husband has been one of my best friends for more than two decades, who also happens to be my business manager and chess trainer as well. His name is Paul Truong.

He is the director of marketing and PR for SPICE at Texas Tech and is also the assistant head coach of the TTU Knight Raiders Chess Team.

He is the brain behind many current and past incredible chess projects in the U.S. His background is in marketing and PR and his mission is to bring chess to the level of popularity of golf, tennis and other sports.

He has dedicated the last nine years to promoting this wonderful game with all its vast benefits, especially to young people. Often, people ask me why he does this. I think you will know why after reading this two-part interview. It was a very emotional interview because it touched upon many painful topics for my husband, some things he usually does not to talk about.

Susan Polgar: Why are you so passionate about changing the face of chess in America?

Truong: Well, it is a very good question and one I don't think I have talked about too much. It started from circumstances I had to deal with throughout the early part of my life. Growing up in Saigon, South Vietnam, I became a chess icon at a very young age. I won many national junior and open championships. The first one came unexpectedly when I was only 5 years old. All of a sudden, I became a sensation, a child prodigy. My celebrity status skyrocketed.

I was invited by the late President Marcos of the Philippines to attend the Fischer vs. Karpov match in Manila in 1975 (which of course never took place). I also qualified for the World Junior (under 21) Championship in Manila that same year. At that time, I thought I had a chance to showcase my talent on a world stage. Then, my life came crumbling down. The communists from North Vietnam took over my country on April 30, 1975. I was no longer allowed to travel. I was no longer allowed to play chess freely.

Since my father was working for the U.S. Embassy prior to the fall of South Vietnam, my family was singled out. They considered us traitors. For the next four years, my father had to constantly be in hiding, otherwise, he would have been executed. The new government no longer allowed me to train in chess. The only thing they allowed me to do was to defend my National Championship, which I did successfully until April 30, 1979, the fourth anniversary of the fall of Saigon.

On that day, my father and I escaped by boat through an underground network, leaving my mother and young brother behind. They would never survive this dangerous escape. Our hope was to be able to get out first and bring them out later through another channel. To make the long story short, we faced death many times. How we survived was a miracle in itself.

SP: So what exactly happened?

PT: We had a lot of problems the first time we tried to escape. The wooden boat was only about 150 feet long and there were more than 600 people inside. We were sitting like sardines in a can, even worse. There was no ventilation, no food, no water and not even a bathroom. The engine could not hold up and exploded. We were stranded in the ocean without food and water for a while.

After we were lucky enough to be rescued, our boat was towed back to Vietnam and we were all thrown in jail. Luckily, the authorities did not know who my father was. After bribing the local officials, we were released and we escaped again a month later.

This time, the engine was bigger. But we had different problems. We were attacked by pirates from Thailand. They took the valuables from people on the boat. They raped our women and young girls. They even took some to their boat when they were done. We never saw these young girls again. We had to go through this five different times with five different pirate ships.

SP: So how did you get to safety?

PT: During the fifth attack, the pirates could not find any valuables because the previous four groups took everything. They were angry so they sunk our boat. We were in the middle of nowhere in shark-infested waters. Many people could not swim and drowned. Others died of exhaustion. And some died from you know... My father and I were lucky enough to live through this. An American oil tanker happened to go by, saw us and rescued us.

SP: So you were safe after this?

PT: No. After being in a small enclosed abandoned soccer field with no roof over our head, little food and unbearable living conditions for 30 days, we were thrown out of Malaysia because the locals could no longer to help us.

They put us on a boat taken from previous refugees, threw in another 350-plus refugees from different boats (now we had about 700 people total), gave us about 20 gallons of fuel and 20 gallons of water (no food), then towed us out to international waters.

Could you imagine, 20 gallons of fuel? Where do you go with 20 gallons? And 20 gallons of water for 700 people? How long can anyone last under 120-degree heat directly under the tropical sun with no food or water?

Not only that, while they towed us out, they purposely tried to sink us. They towed us in a zigzag formation to tear apart the front of the boat. They did but we were lucky that the boat did not break in half. After they got us to the point where they thought we could never survive, they left us to die.

Again, we had to drift to nowhere for weeks without food, water or fuel. Many people died of hunger and thirst. Dead bodies were everywhere. There was nothing you could do. All you could do was pray.

The second part of this interview will continue next week.