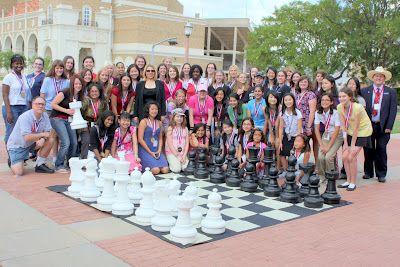 Round 1 will be at 3:00 PM and round 6 will be at 10 AM., and the time control is 90 minutes for the entire game with 30 seconds increment added per move. This is the approved FIDE time control. Pre-tournament registration is required.

The open ceremony will be at 1:30 PM on July 26. The closing ceremony will take place 30 minutes after the conclusion of the last game on July 31.

wow its amazing
a chess club for girls