Knight Raider chess team members thrive on and off the board 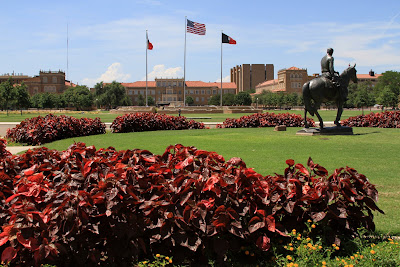 The question of the week is how important is it for me to recruit excellent students for the Texas Tech Knight Raider chess teams?

The short answer is it is very important. Here are my criteria which I addressed in a previous column:

• Professionalism (Will the recruit take pride in what he/she does and give his/her all?)

• Work ethic (Will the recruit be willing to put in maximum effort academically and in chess training?)

• Coachability (Will the recruit be willing to be coached to improve his/her chess strength? There is no perfect chess player. Every player has room to grow.)

• Team player (Will the recruit put the team concept above personal accolades in team competition? Team unity and chemistry are extremely important for success.)

The accumulative grade of the Texas Tech Knight Raiders chess teams (A team, B team, and women’s team) last year was approximately 3.28, with 3 players earning a perfect 4.0. They also have a wide range of majors such as economics, finance, math, electrical engineering, psychology, law, Spanish, English, political science, biotech, and microbiology, etc.

In addition to getting good grades, they also worked hard to improve their chess skills. Through the special SPICE training program, the 13 active members of the A team, B team, and women’s team gained nearly 1,100 rating points in this short time. That is an average improvement of nearly 90 rating points per player! Their vast improvement resulted in winning five national, two state, and one regional chess championships in less than two years.

Besides a busy academic and chess schedule, many members of the Knight Raiders also volunteered countless hours teaching and promoting chess in the Lubbock community through schools, libraries, and senior centers, etc. I am very proud of my players and we will work hard to continue the tradition of excellence on and off the chess board.

Last week I was on the hour long BBC radio program “World Have Your Say” with host Ros Atkins, former No. 1-ranked table tennis player in the UK Matthew Syed, former Utah Jazz NBA star John Amaechi, and others.

The very interesting topic was “Is there such a thing as natural talent?”

To listen to this entire show, visit www.ChessDailyNews.com and click on the “BBC Radio Special” icon.

The new school year has started and chess is in full swing again. Below is the information for upcoming events:

Instruction will be provided by members of the Texas Tech Knight Raider Chess Team, based on Grandmaster Susan Polgar’s chess curriculum and direct guidance.

Open to all FIDE rated players and USCF 1600 and higher.