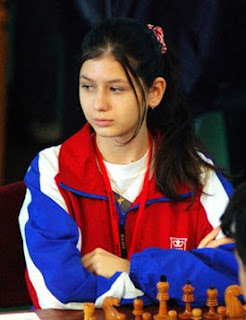 Alisa is the best! Not only is she a talented chess player but she is a beautiful dancer and a great friend. She puts so much effort into everything she does and deserves the very best! Alisa! Whoooo!