Rules and Regulations for SPNI 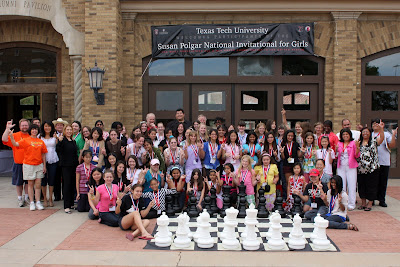 Round 1 will be at 3:00 PM and round 6 will be at 10 AM., and the time control is 90 minutes for the entire game with 30 seconds increment added per move. Pre-tournament registration is required.

The winner of the tournament is crowned the Susan Polgar National Invitational Champion. Co-champions are recognized in the case of a tie, with each champion receiving a Champion’s Plaque or Trophy. The Champion (or Co-Champions) will automatically be invited to defend her title (must meet age requirement).