Tech produces its second grandmaster in the last four months 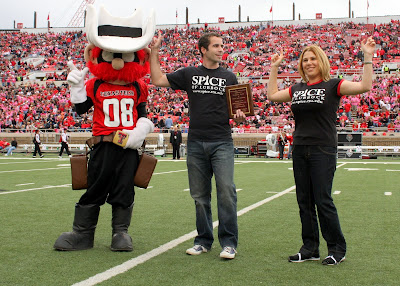 International Master Gergely Antal, who just graduated from Tech in August with a degree in economics, has just earned his grandmaster title. He was the first titled chess player to come to Texas Tech in 2008, and he was also the first to capture a national chess title for the Knight Raiders.

In 2009, Antal won the prestigious National Tournament of College Champions and the Southwest Open. In December of the same year, he played an important role in helping the Knight Raiders make the Final Four for the first time in school history.

In March 2010, he narrowly missed his final grandmaster norm by just half a point. But a few weeks later he defended his Lubbock Open title with a perfect 8-0 score in back-to-back years.

At the Budapest First Saturday Chess Championship which has just concluded, Antal scored an incredible 6.5 points in his final seven games, including the final round victory against grandmaster Bui Vinh, to tie for first place and the grandmaster title.

Antal’s teammate and roommate Davorin Kuljasevic, a graduate student in finance, became the first Knight Raider to earn the Grandmaster title just a few short months ago. There are countless countries in the world that could not produce a single grandmaster because it is extremely hard. For SPICE to produce two grandmasters in the past few months speaks volume to the credibility of Texas Tech in the global chess community.

Congratulations to grandmaster Antal. He now joins the rank of only about 1,000 grandmasters in the world. Antal’s next tournament will be the prestigious SPICE Cup B group, which will start on Oct. 28. He hopes to come back to Texas Tech in the near future as a graduate student.

In addition to the SPICE Cup, the most prestigious annual international invitational chess tournament in the United States, there will be many other big events coming up for the local players.

The first one, the sixth “Get Smart! Play Chess!” tournament, will take place on Oct. 23 at the Science Spectrum.

Battle of the gender at the Chess Olympiad

Below is a battle of the gender game which took place just a few weeks ago at the Chess Olympiad.

Zhu Chen used to be one of the stars of women’s chess in China a decade ago. She was the second Chinese player to ever win the Women’s World Championship (in 2001) after Xie Jun. I first saw Zhu play in Timisoara (Romania) in 1988 where she won the World Girls’ Under 12. I was there to help my sister Judit at the World Under 12 (among boys), which she ended up winning.

After Zhu married grandmaster Al-Modiahki, the couple settled in Qatar. At the 39th Olympiad in Khanty-Mansiysk, as already for a number of years, she represented her husband’s homeland. She played all 11 games on board two and scored a respectable 7 points. Zhu along with Judit and Chmilyte were some of the few women who chose to represent their nation in the Open Olympiad competition. Let’s see her overwhelming victory over the legendary Latvian grandmaster Evgeny Sveshnikov, who most known for a popular opening being named after.

5...h6 Lately this is more popular than the wild Botvinnik variation, which starts with 5...dxc4.

6.Bxf6 Zhu chose the solid approach to avoid the theoretical debate in the popular and extremely complicated 6.Bh4 dxc4 line.

6...Qxf6 7.e3 It is true that White gave up the pair of Bishops by the exchange on f6, seemingly for no reason. However, Black’s Bishop on c8 is no pride in any case.

18.Rf3 A smart move, combining the strategical pressure with a straight forward King side attack. The fancy 18.Nd6 Bxd6 19.Qxd6 looks pretty, but questionable if it improves White’s position.