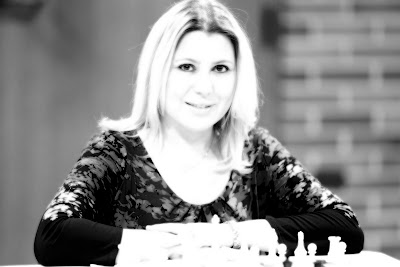 Susan Polgar’s parents defied the government in communist Hungary to school their daughter in a highly unusual way– chess, eight hours a day, every day.

Now a grandmaster, Polgar’s story of ascension to worldwide fame through her childhood as a unique education experiment is portrayed in BBC’s recent production, “Chess Girls.”

Polgar, who is well known for breaking the gender barrier in chess by becoming the first female grandmaster, had anything but a normal upbringing. The BBC radio documentary, which premiered June 16, shares the exceptional progression of Polgar and her two sisters, Judit and Sofia.

“My father had that idea even before I was born. When he had children he’d like to raise them in a special way,” Polgar said, “focusing on a certain area and trying to excel, rather than kind of being mediocre in many things.”

“Chess Girls” dramatized the irregularity of Polgar’s schooling and noted that the media was often surprised to hear the Polgar girls genuinely say they were happy.

Polgar said her family was often criticized, but she never felt negatively about her early days.

“My childhood was good,” Polgar said. “It was certainly very natural because it was the only environment I knew, so that was very normal for me.”

At 15 years old, Polgar was ranked as the number one women’s chess player in the world.

“I was pioneering in open competition,” Polgar said. “At that time, it was simply revolutionary because most women simply admitted that they are not as good as the men, just like in physical sport. Even though, chess is not a physical sport, but a mental exercise. Therefore, that has been a major theme of my career, to fight for gender equality.”

In her current position as the director of the Susan Polgar Institute for Chess Excellence (SPICE) and Knight Raiders coach, Polgar employs many of the same techniques her father used to help her achieve her status today.

“I incorporated all the different knowledge I acquired over the years,” Polgar said. “And I am trying to share the best of it with our chess team members here.”