Never give up, the relentless pursuit of excellence 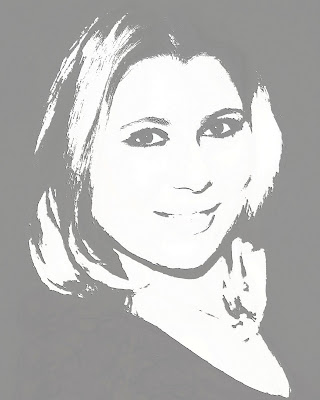 Never give up, the relentless pursuit of excellence
Lubbock Avalanche Journal

This week, I am re-publishing an interesting article by Mr. Phil Innes, publisher of the Vermont Views Magazine. He always has a unique and interesting take about chess. Enjoy!

Why I am sick and tired of reading about Susan Polgar?

You see her here you see her there, you see her everywhere in print from coast-to-coast, and now or at least very soon, on varieties of television programs, including very prominent ones. A hundred articles already this year in mainline print media. Are you sick of this too?

We have seen her in Mexico City surrounded by 30,000 fans; then in Florida surrounded it seemed by that many media people during a successful attempt on the Guinness Book of records simul, in Texas opening SPICE, a new metro chess HQ, at Texas Tech University and even on the cover of Parade and Lifestyles magazines with prominent celebrities from our time and before.

Are you approaching your Polgar-limit?

Frankly, I am getting sick of it. This woman is traveling about the country promoting chess development for young people, especially young women, and successfully getting herself into mainstream media twice per week.

And I answer to all these questions; “NO.”

It is because she seems to be the only person doing it. Now – I know about other people who promote chess, there is the excellent Jude Acers and I know about the historic George Koltanowski, the very sort of American Staunton who promoted chess, but the Polgar phenomena in the States is at a greater level. Quantitatively she is achieving an average of two major media write-ups per week, vastly exceeding all other players and institutions combined.

Why should I resent this? Because I compare it to the paid staff of US Chess Federation, some 30 people, who achieve two articles in major media, not per week, but per year.

Ostensibly both the Susan Polgar Foundation and the United States Chess Federation exist for the same purpose – to further chess into mainstream culture. Yet anyone reading these statistics, or even the newspapers, and who had a few dollars to promote chess, would make their choice as a no-brainer! Which of the two actually can be said to promote chess into mainstream culture in a superior way? My ten dollars is going to get 100 here and 2 there…

In effect I am asking “what’s the matter with the rest of us?”

Next week my friend, Mr. Paul Truong, director of marketing and public relation for Texas Tech SPICE, is going to send me two more articles beginning “Susan did …” and this is an obnoxious practice, no? I really want to send him something beginning, “This week Maurice….” or “coming soon, a Brit GM tour of the States, taking in the following cities…” and of course the friendly jibe “take that! Mr. T.” but damned if I am good enough to do it!

But I am going to try to put one in his eye, and so should you, dear reader.

This Polgar woman has proven that it can be done. She has demonstrated that Americans have a huge interest in the well-being of their sons and daughters, and are conscious of what benefits them, and to whom they can relay this aspiration and trust.

She has also demonstrated that it does not take a million dollars to begin, or ‘going Hollywood’ and relying on glamour. In person Susan Polgar is a quiet spoken individual, modest, attentive to other’s opinions, but most of all, dedicated. Am I a bit “struck?” Sure! But I am also a mean, sometimes a very mean realist.

In short, this person is not cute, she is compelling.

So what’s the matter with the rest of us?

We should follow this lead and compete on several broad fronts, and do so without distortions by simply representing the real nature and character of our game as genuinely as we can – with complete confidence that the general public is receptive. If I have learned anything from these exposures to Susan Polgar, it is this!

We should not do this in order that I can write my friend Paul Truong, wiping his eye! He would be the first to applaud the effort (whatever the result). We should do this because we have to-date misled ourselves that it cannot be done. Somehow we convinced ourselves in this country that unless Robert James Fischer is looking over your shoulder… and that the American public has no interest otherwise… we convinced ourselves that Americans cannot generate grandmasters and that we could not follow Olympiad victories in the thirties which provided four gold medals from four attempts.

This Polgar woman disproves both our objections as to our capability and to the public’s reception of chess, and for all these reasons I hope her share of the chess-development market is sensibly diminished in proportion, while the volume of her reported contributions increases.
Posted by Chess Daily News at 6/26/2011 08:15:00 AM