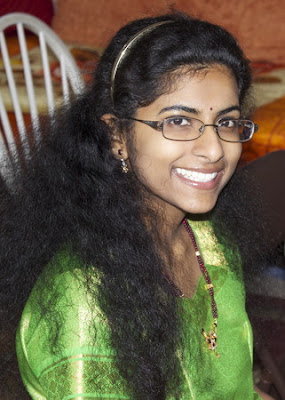 In the coming weeks, Shorewood High School freshman Anjana Murali will pack her bags and head southwest, to represent Wisconsin as the top female chess player from the state in the age group of 14 and under, in a national competition.

As a standout in a male-dominated sport and after taking ninth place nationally in the 2011 All-Girls National, Anjana will head to Texas Tech University in late July to compete in an all-female chess competition held by chess champion, Susan Polgar.

Anajana's love for chess started when her father introduced her to the strategic game of chess as a fifth-grader. He led her research and find tournaments and she began competing with the Wisconsin Scholastic Chess Federation at a young age in a league “totally dominated by boys.” She competed in the first all girls chess tournament in 2006 and took fourth place.

“I was so motivated," she said. "I won a big pink trophy and it inspired me to keep playing.”

Now she has moved up and is a rated player in the US Chess Federation, and ranks around 1200 in the country in her age group of 14. She hopes to reach first board varsity next year here in Shorewood, and to encourage more girls to play.

"I would really like to encourage and inspire more girls to play chess because it is a fun, strategic game that is dominated by male players and needs more female participation," she said.

In addition, Anjana, along with Alyah Quereshi from Brookfield, have been selected, this fall, to head to Chicago and coordinate the Girl Scouts World Forum, the only event of its kind in the US.

Arriving in Shorewood from Helena, Montana, in fifth grade, Anjana was no stranger to scouting. Now, her troupe has attained the cadet level, and she is working towards her silver award. She is now on her way to join over 600 girls from 146 countries in one of four cities in the world next year to celebrate 100 years of Girl Scouts.

Anjana gave a very deft explanation of the Girl Scouts’ taxonomy, quickly articulating the mission and the connection between Girl Scouts USA and the United Nations’ Millennium Development Goals (MDG). Three of these UN MDG goals have been adopted by the Girl Scouts Worldwide, and clearly also by Anjana in her activities here in Shorewood: Help eradicate child poverty, clean up the environment and promote girls’ involvement in activities.

But, it doesn’t stop there.

It took Anjana time to explain the series of honors she has achieved in the last year. Top honors and placements in many groups in Shorewood like Model UN, robotics, Science Olympiad, orchestra, playing Indian violin, Girls Scouts, chess, tutoring children of immigrant families (her own independent program) and multiple accolades in external pursuits such as learning Sanskrit as well as her native language, Tamil, and covering sports for Ripples, Shorewood High School's student newspaper, just to name a few.

She says because the family does not own a television, she is “always looking for things to keep me busy.”