Pack your bags! You're heading to Lubbock! 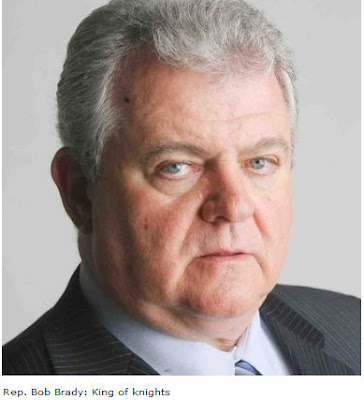 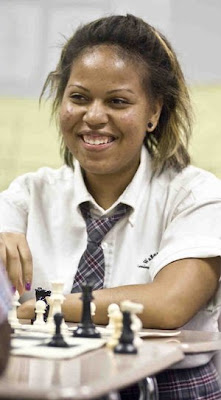 YOU KNOW the best part of my job? Calling someone who's been in a pickle and letting her know that her troubles are over.

That was my happy task yesterday, when I phoned Vanita Young and told her to pack her bags, she was going to Texas.

"Oh, my God! That's crazy! Thank you!" said Vanita, 17, when she learned that a benefactor would pay her way to the prestigious Susan Polgar (Girls') Chess Invitational next month in Lubbock (at Texas Tech University).

The rainmaker? Philly's own U.S. Rep. Bob Brady, who read my column about Vanita over breakfast yesterday and then phoned his aide Ken Smukler to say, "We've got to make it happen for this girl."

"If these guys are so in favor of charter schools, they need to support the kids who go there," said Brady.

Watkins agreed and the deal was done, within hours.

"You write a helluva story, what can I say?" Brady said.

In this case, the story's irony was heartbreaking: Vanita had been selected to attend the most prestigious girls' chess event in the country - only one girl is invited from each state - but could not afford to attend it.

Especially cruel is that chess, Vanita told me, is the thing that pulls her through sad days. And she has had her share of them.

"It's been a tough life for her," said her grandmother, Algloria Evans, who with husband, Raymond, has raised Vanita from toddlerhood. Vanita's mom abandoned her, and her dad, who battled the bottle, died in 2007. Father and daughter were close and his death took a toll.

Vanita "was already devastated about not having her mother around," Evans said. "When she was little, she called every woman 'Mommy' because she missed her mom so much. I said to her, 'I know I am your grandmom, but until your mom comes back, you can call me Mommy.' "

"She's a wonderful girl. She has worked very, very hard for this honor," said Evans.

No wonder her story inspired so many readers - many of whom phoned the After School Activities Partnership after my story ran, offering help.

"We've had people calling all day, and we've have to tell them that [Brady] has already come through," said ASAP executive director Maria Walker, who initially contacted me about Vanita. Her group runs the chess programs that have nurtured Vanita's love of the game.

"We don't want to be taking money for Vanita if the need has already been fulfilled."

That didn't matter for reader Paul Sevcik, who still wants to donate $20.

"I'm a former teacher," he told me. "I know how big a deal it is when kids find the motivation to really excel at something. I want to encourage that."

"Let her reward herself," he said. "Why the hell not? She's a great kid. She's worked hard. She deserves it."

Knock 'em dead in Lubbock, Vanita. We're pulling for you.

Vanita loves numbers ("She's one of my best students," says her math teacher, Andy Isom), and hopes that chess success will nab her a scholarship to Texas Tech, where she'd major in computer science.